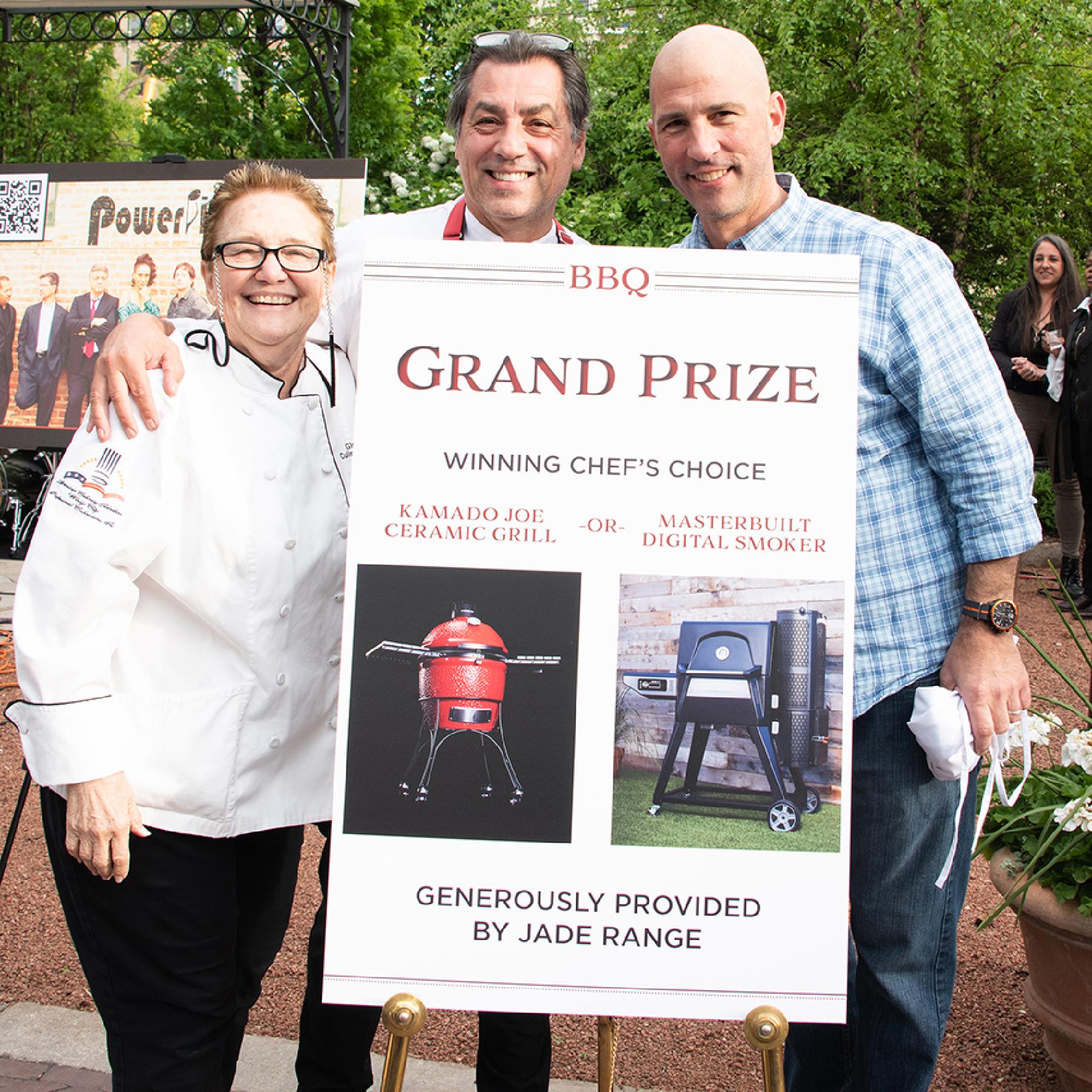 Getting back to normal was the unspoken theme of Flavor Forays 23rd Annual Championship BBQ & Cook-Off. Competing chefs squared off over hot coals while hundreds of the industry’s leading chefs and operators mixed and mingled and enjoyed lawn games and a photo booth provided by Lamb Weston. The event co-hosted by Flavor Forays in collaboration with the National Restaurant Association Show was held Sunday, May 22 at Galleria Marchetti in Chicago.

Martial Noguier (Bistronomic) walked away with the grand prize, a Kamado Joe Ceramic Grill generously donated by Jade Range, for his medallion of Sterling Silver beef tenderloin with ravigote sauce. Judges praised the simplicity of his preparation and the perfection of the classic sauce.

Noguier has been competing at the BBQ for as long as he can remember but this is the first time he has won. “This is a great event,” he says. “It’s always nice to see all the chefs doing a great job.”

Mark Steuer (Funkenhausen)claimed the Smithey Ironware cast iron skillets first runner up prize for his Chairman’s Reserve smoked spareribs with white BBQ, pickled onion, and ramp salt. Steuer explained that he dehydrated and pulverized ramps and mixed them with salt to add a seasonal touch to his ribs.

Carlos Ramirez (County BBQ)took home the second runner up prize, an iSi nitro brew, for his jalapeno-crusted smoked Chairman’s Reserve spareribs. Ramirez last competed in the BBQ in 2019 and was anxious to return.

Palenski said he was buying a new house and was thrilled to have the tableware. Oliveira said she had never won anything before. She was also basking in the glow of praise guests were heaping on her decadent banana pudding. How many calories? Don’t ask. “My husband jokes that he was beautiful before he met me,” she  says.

There were so many delicious dishes the judges had a hard time selecting winners. Thanks to all the champion chefs who donated their time and talents.

It was all for a good cause-- World Central Kitchen, an international hunger relief  organization led by chef/humanitarian José Andrés and the Greater Chicago Food Depository, Chicago’s food bank. Lamb Weston stepped up to make an additional donation of $5,000.00 to the Greater Chicago Food Depository while Motiff Foodworks wrote a check of $5,000 to WCK.

Barbara Mathias, former Food Arts publisher, founded the event two decades ago and continues to produce it along with her colleague Beverly Stephen, former executive editor of Food Arts under the aegis of their company Flavor Forays.

Stay up-to-date on everything for the Show. Sign up to receive texts from the National Restaurant Association Show on news, features, education and more.